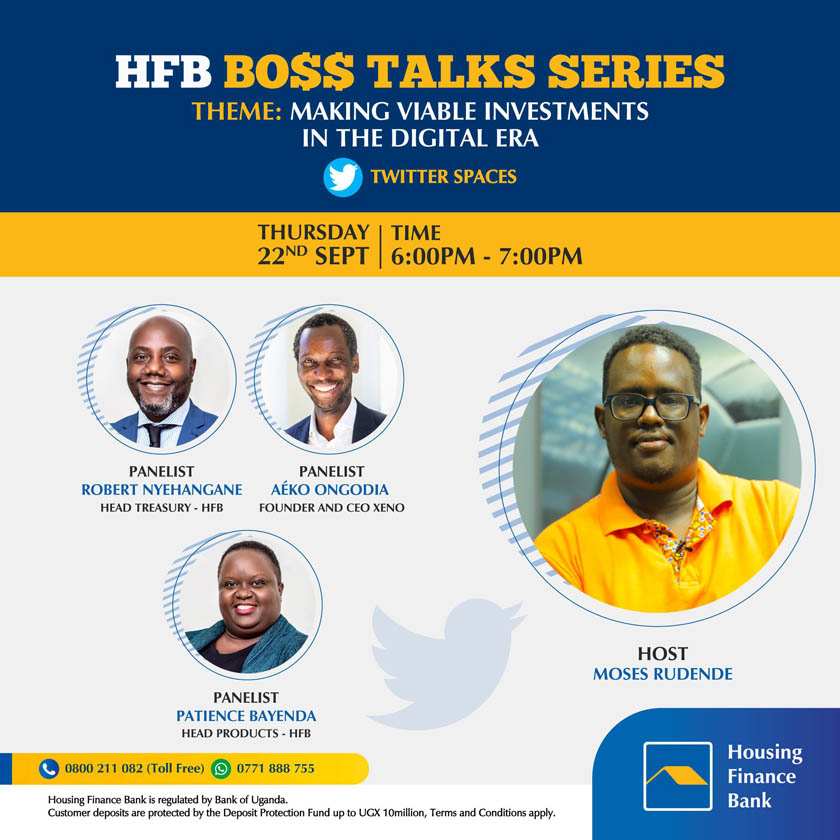 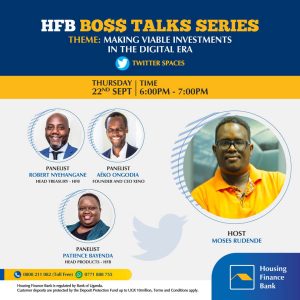 Housing Finance Bank held its first HFB BO$$ Talks Twitter Space featuring Robert Nyehangane, the Head Treasury, Patience Bayenda, the Head of Products, and a special guest, Aéko Ongodia, the Founder & CEO of XENO Corporation. This first-of-its-kind conversation revolved around “Making Viable Investments In The Digital Era” and was hosted by Moses Rudende. The #HFBBO$$Talks will be a monthly talk series on Twitter Spaces!

We officially launched the #HFBSecuritiesPortal, an online platform that enables customers to invest in government securities…

We were delighted to be part of the Breast Cancer Fundraising Golf Tournament, which was…